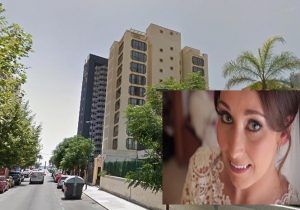 A BBC documentary being shown on a Spanish ‘Crimewatch’-style show could be a major breakthrough into investigations into the deaths of two Scottish people.

Killed in Spain was first broadcast on BBC Scotland in 2018, and it focuses on the cases of Kirsty Maxwell and Craig Mallon.

It follows ex-DCI David Swindle, now a private investigator, as he looked for information about the cases.

The programme has been translated into Spanish and was due to be shown three times on Spain’s Crime and Investigation channel three times over the holiday period.

Now Swindle has said this could be a ‘major step’ in reaching people with information on what happened.

Kirsty, who was 27 at the time, died when she fell from a a balcony in Benidorm in April 2017.

Craig Mallon, 26, was killed by a single punch in 2012 in Lloret de Mar on the Costa Brava.

The full circumstances round their deaths have still not been clarified, and no one has been deemed responsible.

Writing on Twitter, Swindle said: “The Killed Abroad documentary, Asesinados en Espana, being broadcast in over the festive season is a major step to hopefully reach those with information and highlight the controversial.”

Kirsty fell from an apartment on the 10th floor of the Apartamentos Payma. It was occupied by five British men at the time who were celebrating a 50th birthday.

An investigating judge decided there was no evidence of foul play, but her parents, Brian and Denise Curry, say the judge refused to consider information uncovered in their own investigation, including witness statements from Kirsty’s friends.

In a statement the couple said: “For 32 long months we have been fighting for truth, answers and justice for Kirsty’s suspicious death.

“This will be our third Christmas without Kirsty in our lives.
“As each year goes by it does not get any easier, every time our legal team request basic lines of enquiry to be done the court refuses them.

“In conjunction with our Lawyer Lorena Soler Bernabeu we await an appeal to the higher court in Spain regarding the continual refusal to allow progression of evidential opportunities.

“With the assistance of our crime expert/reviewer David Swindle, his team and our Spanish Lawyer Lorena we continue to push for evidential opportunities to be progressed.”